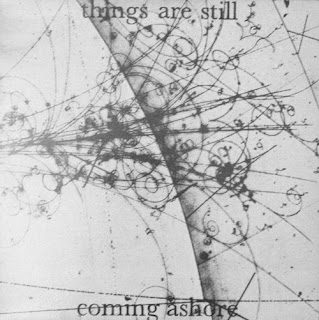 This is a 3-band compilation from Canada that has become a very sought-after item since it contains the very first tracks from Canadian indie/post punk band 54-40. Their songs on this comp are among the best that they ever released, dating back from 1981 and full of the dark post punk angst and urgency that so many of the classic records from that period had. The other two bands on the record are also good. Animal Slaves is an arty new wave band that would have fit in well in downtown NYC. Junco Run is a dark, gloomy post punk band with synths and organs as well as somber vocals. They remind me of bands like Danse Society, Joy Division, early Fra Lippo Lippi, and other similar groups. This is definitely a record worth listening to, so definitely check it out.

You have a great music blog here! I've added you to my mp3blog list and custom search, check it out.

Rickdog's collected over 5,000 mp3blog links, accessible from the alpha menu at page top. You can open frames on these blogs to view them directly on my site, and you can also view the feeds in a frame.

You can search your blog and all the others in my custom google search:

I add new blogs to the alpha lists once a week, but your site is immediately added to the custom google search engine.

PLEASE REUP THIS ONE AND JU JU - WINDTORN :-)

Great site! Can you please re-up this. The link works, but downloading the file does not. Thanks.

How about that! I just played an Animal Slaves track off this comp last night on my radio show. My station, WKDU 91.7 FM, has an amazing record library going back to the 70s. I came across the comp randomly; I was grabbing the "Smack My Crack" comp and saw this while browsing and thought it looked interesting.

Here, I don't really believe this will work.

Hey, great site! Would love to hear Junco Run on this comp, but could u please fix link? Says it's broken, many thanks! Cresh