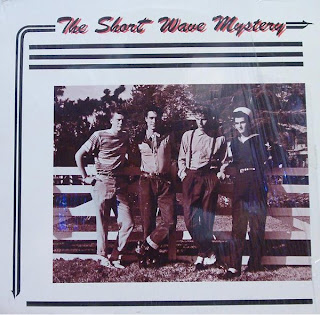 Well, I figured that since a copy of this 12" recently fetched $910 on eBay, why not share the record so everyone could hear what the hype is all about? Some people are trying to sell bootleg copies of this for hundreds of dollars as well...
I have managed to track down two of the original members of the group, including Greg, the songwriter/singer.
Here is what he had to say about the group:


"We never again pressed anything else under the moniker Short-Wave Mystery but there are more songs that I have on tape, from that era.
Most of the tracks on that record were written and recorded by myself when I was attending Santa Barbara City College down in Isla Vista, CA around the 1985-1986 time frame. They were recorded in a bedroom using a 4 track Tascam 38 and some small Electro-Harmonix 2 second samplers and a Memorymoog Plus running a sequencer driving a Moog Source. I took some of the tracks into a bigger facility for mastering before releasing the record.
All of the memebers were essentially friends. Two of the members were brothers who I grew up with in Modesto, CA (Tom and Jason) while the tall, blonde fellow, Dave, was a roomate of ours from college in Santa Barbara, who played sax. The other guys in the band played instruments, but none actually played anything on the record, save for Jason, who laid a few percussive licks down. It was all written and sequenced by me. When we played live, I essentially hit the tape play button ala Depeche Mode and let it roll. Not much going on save for a lot of posing and gesturing..
We pressed about 1000 copies of the record and never and never went into repressing. I think we had a hard time getting the record to sell at all, and took a loss. None of us had much marketing or business savvy when it came to getting our product peddled. We just could not create a demand and spent most of our cash just trying to get the record made. I believe it was available through Rough Trade Distribtuion in SF when it was down on 6th street. After that, we grew up and went our separate ways. Tom still lives in the Bay area, Dave I haven't heard from in years, and Jason sells his art in Michigan...

...Anyway, I have all those tracks and many many more from that era still on 2" and 4" real to real tapes. I am going to take them into the studio and remaster them then post them and perhaps re-release them as an album if anyone might be interested. This will occur in the first quarter of 2009.
Jason and I did some stuff after that under the moniker Chapel Bell Chimes, which perhaps I should release as well. More digital sounding of course since I was using a lot of antiqated samplers at that particular time."

I consulted the other member, Jason, who once had over 500 copies of the record in his parents' barn.(!) They have unfortunately all been trashed... No more copies are available from either member. Boohoo.

So, as he mentioned, Greg still has all the original tapes, including many unreleased songs. Jason also has some old tapes, which may contain even more unreleased material! Greg is in the process of remastering them with modern equipment and is interested in eventually shopping the tracks around to various labels and rereleasing them. I've suggested a few labels to him, and helped pass along a message from one of them, so perhaps a reissue of this incredibly sought-after record can finally come about?!? Keep your fingers crossed...

PS. I am not selling this record. Please do not ask! 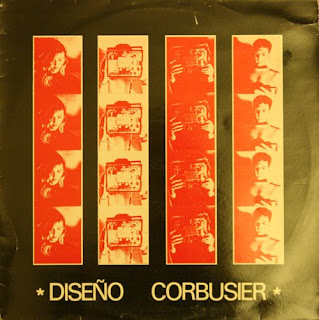 Here is the first record from Spanish avant-garde electronic band Diseno Corbusier, and the second band with the name "D____ Corbusier" that I have featured on this blog. There were only 500 copies pressed and released in 1985 on Auxilo De Cientos, the same label that released the Twilight Ritual LP and the Terra Incognita compilations. The only source for information that I have found about this boy/girl duo was on the Thing on the Doorstop blog post of their second LP, El Alma de La Estrella. To be honest, it took me a while to get into this record, but it slowly grew on me until one listen when it just clicked and I "got it". Tape loops, odd chanted and repeated vocal noises, and loads of electronics make this a dense, but very fulfilling listen. 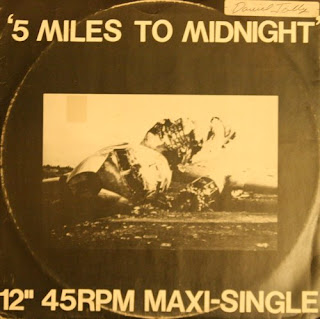 Tracks:
Download it here!
Posted by goutroy at 7:45 PM 7 comments: 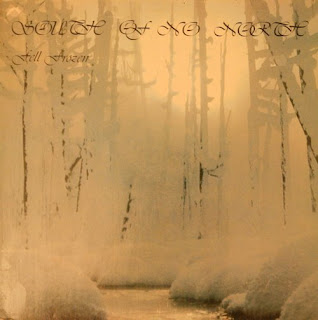 Get the album here!
Posted by goutroy at 5:51 PM 6 comments: