Outlook: It Doesn't Matter/She's a Star 7" 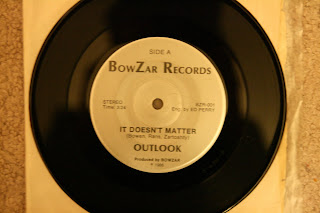 Well... I'd like to give some sort of background to this record, but I can find no information anywhere. And since it didn't come in a picture sleeve, I only have the record labels to go from... What I do know is that this was an minimal electro/synthpop group called Outlook. This record was released on BowZar Records in 1986. There were presumably three members in the band: Bowen, Rans, and Zartoshty. And a guy named Ed Perry is credited with Eng. (English? Engineered? Engelbert Humperdinck?). Anyway, this is comparable to groups like Kirlian Camera, the Carol/Snowy red 7", and Gary Numan. Great minimal electro pop that borders on Italo. If you know any more information, please let me know; I'm very interested!

The tracklist is:
It Doesn't Matter
She's a Star 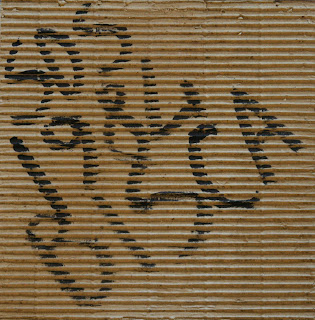 Bisca is a long-running band from Italy, who have been around since 1980. Their first record was an EP that was very ska and reggae influenced post punk, similar to UK groups like The Slits. Their more current releases are more electronic pop. This record is probably their best (in my opinion), as it sounds almost identical at times to Essential Logic or Maximum Joy. Mid and fast-paced post punk with horns blaring! They also dip into dub, notably on the excellent "English Way of Life", Fire Engines-style jagged guitars on songs like Happiness/Violence and Prendi Quella Gente and acapella weirdness on Pianterreno. This record was released in 1984 on their Bausongs label. In true DIY fashion, the front sleeve was a piece of corrugated cardboard with "SDS 1984 BISCA" written in permanent marker. I thought it would be interesting to share this album, as I've come to enjoy it a lot recently.

You can find out more information on their website:
http://www.bisca.info/

Desert Corbusier: Walked Up and Down the Stairs, Searched the Building All Over 12" EP 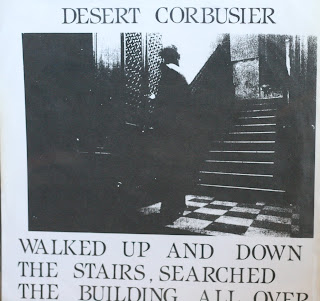 Desert Corbusier was a short-lived Dutch group from around 1980-1981 that self-released a few cassettes and one vinyl EP. They played a dark, avant garde, and minimalist post punk, with deep vocals by a young Richard Cameron, who would later find fame in the duo Arling-Cameron. They found moderate success in Berlin, Germany and Zagreb, Croatia, where they would play for up to 3000 people. All their releases were put out and produced themselves. I only have the 12" EP to share. I'd like to hear their cassette(s) if anyone has them...? Due to a pressing error, many copies of the 12" have a weird "haze" to them, as if all the glossiness of the vinyl has been removed.

To the best of my knowledge, their discography is:

Tracklist:
Teach Yourself
The Room
Can't Stay Too Long in This House
Safely Secure