Wagner: A Way Of Life EP 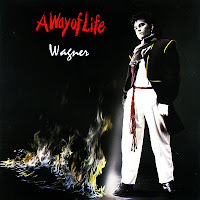 When you look at this cover, you just KNOW that it has to be synthpop. Nobody but a synth nerd would dress like a Victorian Michael Jackson conjuring a ring of fire. It certainly did not disappoint me upon first listen. Glorious, cheesy synthpop abounds in this 4-song EP.
The Third Day of Sorrow and its dance mix are good midtempo synth tracks (although I wish more emphasis was placed on the rhythm...). Visions of You co-opts a synth line from Enola Gay, but in an incredible cheesy manner. And Dust is the true gem on the album - a somber synthpop track that's just perfectly 80s-sounding, somewhat reminscent of Rational Youth. Sometimes it's fun to discover a good old-fashioned synthpop record - and this EP isn't a bad place to start. 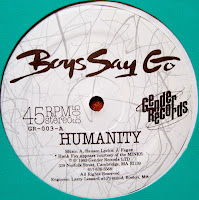 Listen to both here!
Posted by goutroy at 6:11 PM 3 comments:

Here's an oddity that has slipped under the radar of most synth and new wave fans. I could say that NOBODY KNOWS about this EP, but that would be stupid. Instead, I'll just say that it's a strange and uneven EP from a trio of French Canadians. I cannot find any info about any of them whatsoever, so it appears this was a self-released effort by people who didn't move on to any other projects. In fact, the only relation to any record that I can find is that this was recorded at the same studio as the Janitors Animated 12" shared by Crispy Nuggets several years ago.
The music on this EP emphasizes rhythm, with little to no melody. It actually slightly reminds me of Iron Curtain in that regard - it's simplistic, repetitive, and groove-oriented synth music. The vocals are a different story though - they are often animated and forceful. The lyrics are sung in broken English, and are rather simplistic (sometimes bordering on silly - sample lyric from Too Direct: "You say I / I'm too direct / just loving and caring and sharing things / touching and glowing and feeling feeling feeling". Despite the obvious shortcomins in the lyrics department and the lack of ambition in the musical composition, it's still somehow a rather enjoyanle record. 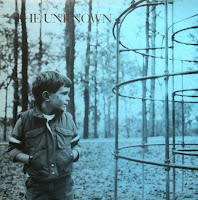