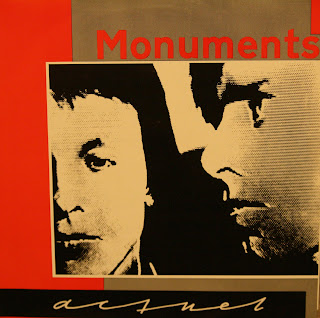 Nashville: it's not just for country music any more. Or at least, that was the case in the 80s. With a steady stream of bands like Factual , Warm Dark Pocket Dessau, and others, this town bucked its bumpkin image in the Reagan era with some bands that stayed true to the cold, synthetic and detached sounds emanating from Europe.
Actuel (originally called The Actuals) was another such band. Members of Dessau and Factuel were both in this band at various times, but at its core, Actuel was a duo whose mix of coldwave guitars, synths and drum machines, melancholy vocals, and a perfect bit of pop sensibilities made them regional stars. Unfortunately, with only a couple 12"s and this self-released LP (which compiles the 12" tracks), their legacy is pretty much forgotten. Perhaps that will change now, once people get the chance to hear them. There are quite a few great songs here (my favorite being the slow, somber "No Regrets".)

Actuel: Monuments LP
1984, Actuel Records
A1 You And I
A2 East To West
A3 Things
A4 Say You Will
B1 No Regrets
B2 Monuments
B3 Just Imagine
B4 Until Another Time

LAUGHTER IN THE GARDEN: Corridor of Statues EP 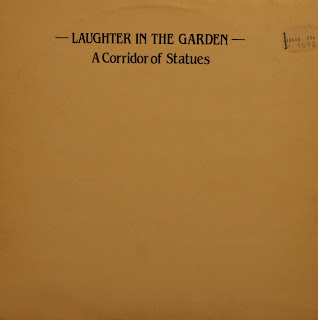 Sometimes bands can be comletely indecisive about which direction they want to go. They may release albums that have rock songs, rap songs, electro songs, and ballads, to the point where the whole affair is so incohesive and cumbersome that it feels more like a Wierd Al album than an attempt at a serious record.
Other times, however, a band may combine two or three disparate styles in an effort to create a completely unique sound. Take Laughter in the Garden, for example. Did this UK-based co-ed sextet want to be a dark electronic band? Maybe a twee pop band? Or perhaps they want to go in an Essential Logic post punk sax direction? Why not all three! Somehow, this band combines these styles beautifully. Each song is a mix of electronics, indiepop, and new wave. Thre are a few hiccups here and there, but overall the songs are wonderful.

Laughter in the Garden: A Corridor of Statues EP
1982?, Tea-Time Records
A1 Clutching at Straws
A2 Lost Cause
B1 Who Does
B2 One Day Tomorrow 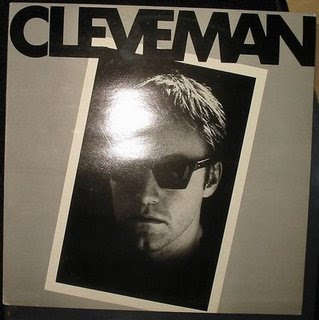 Lars Cleveman was a completely underrated Swedish synth artist whose combination of minimal electronic, darkwave, and Krautrock was nearly perfect. This was shared several years ago on the now-inactive Swedish New Wave blog , and it is highly recommended for download if you missed it the first time. You won't be disappointed!

By pure coincidence, a mere couple weeks after my last posts of SF Bay Area minimal wave and post punk records, the venerable San Francisco weekly newspaper SF Bay Guardian is featuring a cover story on the emerging Bay Area underground synth scene! It's a really good article, touching all bases of the genre; the author interviewed Josh from Dark Entries Records, Veronika from Minimal Wave, and others. He touches upon bands old and new, forgotten and fledgling, and even mentions this blog! Check out the article here. If you live in SF, come out to Nachtmusik at the Knockout on Mission & Valencia next Wednesday, where my girlfriend and I will be guest DJing!
And now, on with a new little batch of records...
Posted by goutroy at 7:56 AM No comments: