After a couple months of not posting, I’ve finally decided to make some more posts! I’m not going away any time soon… after five years (!!!!!) of this blog, there’s STILL loads of unknown music out there. The two posts below from The French and Electric Avantgarde are brand new, and I’m also (slowly) reuploading many of the expired links that people have requested over the past couple months. Starting with:

Shadows As Tall As Trees
V/A: Things Are Still Coming Ashore
Geoffrey Jones and Ray Sablosky
Kindergarten (including the missing single that has never been shared before!)
Printed at Biskarck’s Death
...and one record that kept on triggering a certain file-sharing site’s guard-bots to take the file down even though it’s a completely unknown record and I’ve posted other records of theirs with no issues, and which I will only refer to here as “some New Jersey synthpunk  band”: get it here.

Feel free to request any other re-ups on the original posts or on this post… I will try to get to them!
Posted by goutroy at 8:58 PM 6 comments: 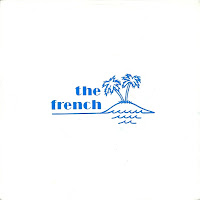 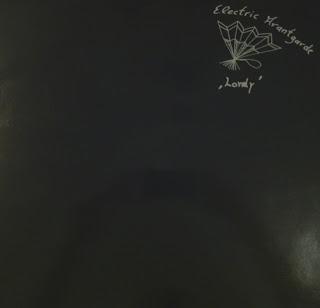 Hailing from the college town of Freiberg in Germany, where I obtained this 12” while travelling earlier this year, Electric Avantgarde was a duo who made amateur yet enjoyable synthpop. If the band is remembered at all, it is for a tape they released on the long-enduring Danse Macabre Records  in 1990. This 12” predates that tape by a few years, and has two mixes of a song called “Lonely”.
While the band’s later material (at least the songs that I have heard) are more guitar-oriented goth rock, “Lonely” is completely enjoyable – albeit unabashedly cheesy -- electro-pop/Euro dance. Think Mysterious Art or Dead or Alive or Secession and you’re halfway there. The group was led by a guy who mysteriously (or pretentiously) went by the name Mozart. He sings in a weird combination of a girlish falsetto and a forceful masculine style.
The B side is just a dub mix of the A-side, because every band apparently had to have a dub mix back in the 80s. It’s not as good as the original mix. This song may not be for everyone , but those of us who have a soft spot for the occasional unironic dance track will enjoy it!

Listen here!
Posted by goutroy at 7:13 PM No comments: