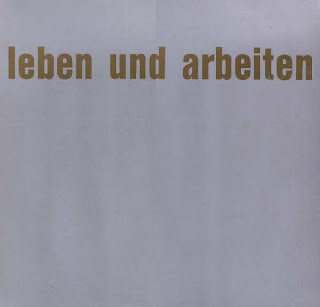 Thank you for this ... have posted some demos by Fashionable Living Death on our now rebooted blogspot www.avicusuk.blogspot.com ... more to follow. I hope you like these ... Michael

Thanks you for it, very interesting

I think ZickZack is a German record label based in Hamburg. Founded by former "Sounds" magazine journalist Alfred Hilsberg in 1980, it mainly distinguished itself by releasing acts from the underground side of Neue Deutsche Welle, a term coined by Hilsberg in his Sounds article "Neue Deutsche Welle - Aus grauer Städte Mauern".

I saw only the title page, but she told me already said that I will dwell there for a long time / because I am a true music fan!

over the counter viagra said...

Sounds was a german music paper - not to confuse with the UK one...

In Germany NDW is (miss?)coined more to post-punk "fun" - dance music: "Nena" is best known or maybe "Ideal" from Berlin...

"Leben und Arbeiten" is from the "Einstürzende Neubauten" circle - there where close relations...so it's closer to Industrial then NDW popmusic...

I personally knew Jochen Arbeit as he's originating from the same town as me and we occassionaly met
each other...

Jochen Arbeit was also member of "The Haut" since 1984.
http://home.claranet.nl/users/maes/cave/seeds/haut.html

Collaboration 2010 with Alfonso Alfonso from the Band "Schwarz"
http://www.youtube.com/watch?v=e75iG9kgaik