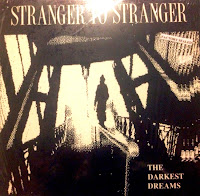 Thanks for sharing another outstanding album.

Excellent album, another great and extremely underrated album is by the band Pink Turns Blue the album is "If Two Words Kiss", post punk goth beauty.