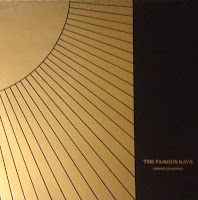 You're right. After listening to this, I would not have guessed it to be from 1990. Not a bed p at all.Thnk u

Did this really come out in 1990? Wow.. too bad others didn't stay true to a killer sound. This is good,but yeah.. the release year throws me off when paired with the sound.Thnx for the listen..

Another stellar find, one of which I didn't have and promptly took your advice and acquired an available copy. Yes, would never guess late 80's early 90's for this band. Lot's of variety and minimalistic post punk wave arrangements. Nice Post!!