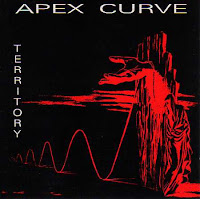 Click here to listen!
Posted by goutroy at 6:12 PM

Thanks for sharing this outstanding album.
"Sunday" is a brilliant tune.