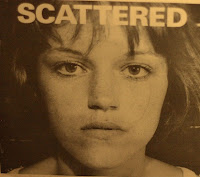 Thanks for posting this! *Very* much appreciated...

Obsessive record nerd that I am, any chance of getting a back cover scan?

Hi anonymous, I just added the back cover to the discogs page: http://www.discogs.com/Tirez-Tirez-Scattered/release/1376190

Thank you very much for letting me comment, tell it is a pleasure for me to have the opportunity to read this article. Today I read a lot and I assure you that all day had not read anything as interesting as this, I found it very effective information. THANKS