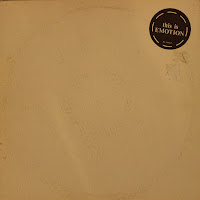 Unless there was another mid-80s band going by the same name, I do believe these guys have another release or two. Can't say I've heard them, though!

Thanks for the work,man.Saludos de patagonia

I got this one years ago because was mildly curious since they had a short write-up in Mick Mercer's Gothic Rock book and it was very cheap... though I only recall listening to it one time and not liking it back then. Would like to re-listen to it again to see if I feel differently now. They had a couple other releases including a 7" version of this single, "White Horse" 7" from '85 and "Alice Is Dressed In Grey" 12" from '86. Maybe more too... but never bothered trying them out.

"The band came to be famous only for a seemingly pointless cover of TV theme tune "White Horses", giving to the world Gordon (ex-Junior Manson Slags, now Terminal Cheesecake) and for singer Bee (female) being related to Joan Collins. (Let us not forget drummer Paul and guitarist Jack.)

Bee: "We are raw and rebellious but we've got great singalong tunes! Hooky songs people can sing, you name it!"

Gordon: "And we've got the mental age of three."
"

Great post. I'd love to hear "White Horses" if anyone has it.

Real Macabre were formed out of the remnants of the punk band The Beez, who came from Chesham in Bucks,in 1984 after the departure of bassist Tim Heal for Australia. Guitarist Gordon Watson and drummer Paul Morris were joined on vocals by Bebe Reed and Jack on bass.
Previous releases included White Horses/The Call (featuring Tim on bass) and Alice is dressed in grey. Major influences were Killing Joke, The Damned and Adam and the Ants.
Both Paul and Gordon featured on later work by Terminal Cheesecake

All true except - Mick Mercer's crock of shit book is misleading. Real Macabre were, at the time, entirely underground. No airplay. virtually no press. Entirely doing our own thing and loving it.
The band's name had more to do with life's freaks and outcasts than anything gothic. Lyrics were wry observations of how it feels to be on the outside or to have kinks that side lined you. Influences at the time were everything from baroque classical music to Punishment Of Luxury (Punilux).
White Horses was recorded as a trashy joke which went over the heads of almost everyone except our fans and especially Mick Mercer and all the other prawn brained journos of the mid eighties.