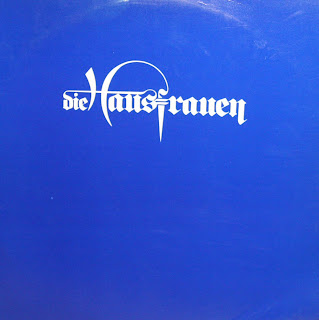 Die Hausfrauen is one of the best band in the NY's streets .. I have been in Queens and I went to a concert of this band some time ago, I think that htey are good and the album is spectacular!!22dd

They were great!! Vera was very sexy in her 50's dresses. There was a demo tape of some songs including Suburban Incest floating around..... The girl who played keyboards was going out the lead singer of the Colors...

There's a Youtube of them on NY DanceStand, definitely worth watching.........