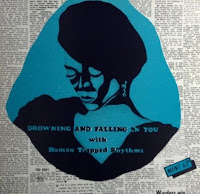 Posted by goutroy at 4:28 PM 10 comments: Links to this post 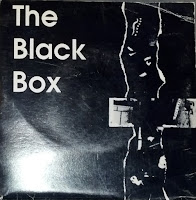 Posted by goutroy at 3:14 PM 3 comments: Links to this post 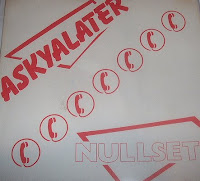 For some reason, my initial post of this record disappeared... Here it is again. This is the exceedingly rare and practically unknown debut 7” from obscure New Jersey synth band Nullset. In the past, I posted their Unisphere 12” and Forget You First 7”. Those records found the band in pop-ish new wave territory (although Unisphere is still has some pretty nice DIY sounding synthpop tracks). But this 7” is much more electronic, and features one of my absolute favorite synthpunk song.
The A side is a good lo-fi synthpop song that sounds very much like their material on their 12” released later in the year. It’s somewhat tinny and not recorded particularly well. The low production value adds to the song's charm, though.
The B-side is the truly kickass song though. Unfortunately, it is a live recording (begging the question, why could they not have recorded this song in a proper studio? Did they only have time for one song when they recorded the A-side?). Aside from being mixed VERY low (allowing for even light surface noise to be noticeable at the beginning), the sound is not that bad for a live track recorded in 1981 or so in a tiny club. And the song packs a punch – it is fast-paced synthpunk, with some great synth lines and loads of KR-55 drum machine fills. If there is somehow an unreleased studio recording of this, perhaps someone out there has it?
This record was released in 1983, shortly before the Unisphere 12”, and has been largely forgotten. I can imagine that only a few hundred of these were ever pressed, and I have only ever seen one copy in my life – which I grabbed without hesitation and have ripped here.
Nullset: Debut 7"
1983, JRM Records
Click here to listen!
Posted by goutroy at 5:05 PM 8 comments: Links to this post Posted by goutroy at 6:02 PM 3 comments: Links to this post